I mustache you a question.

Let’s talk about the power of the stache.

My mustache and I, we go way back. A love hate relationship if you will.

It all began in middle school in the early 2000’s. In my mind, I literally woke up one day-looked in the mirror and BAM there was a bunch of dark hairs on my top lip. And trust me I was not okay with it.

I was a twelve year old: Abercrombie wearing, Fall Out Boy jamming-millennial  with a facking mustache. I begged my parents for weeks to let me shave it off before going into their bathroom and doing it myself. When I got my first razor I told myself I’d never see that stache again ..boy was I wrong, so wrong.

I was freshman in college. It was about 2 weeks into my fraternity’s pledge-ship. Side note: One of the many rules during the best worst time of my life was that you needed to be clean shaven everyday.

Ever heard of something called a Mustache Pledge?

Well you’re looking at him. Me and one other guy were told for the rest of the 9 week pledge-ship we had to grow out our mustaches.. 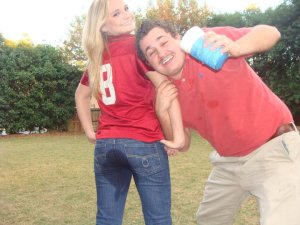 I remember thinking he has got to be kidding.

No joke- I rocked that mustache for 7 straight weeks, the first week or two were the worst. If it wasn’t already obvious enough that I was freshman, the like mustache was the icing on the cake.

Immediately after being initiated I shaved that mofo off .. peace ‘n blessings- see ya never.

My question: Are mustaches coming back into style?

I see you hipster bros rocking it.

Soo.. a few weeks ago I was trimming my beard and thought to myself: what if you just kept the stache? You’re going to the lake with some friends, it’s Friday: wear it to work-make a few people laugh. So I did. 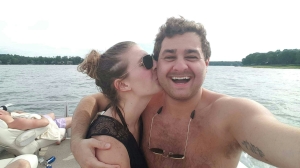 Let me tell you, people loved it, I mean really loved it. I got several compliments saying I could “pull off” the mustache look, a few h8ers saying I looked like Luigi.

Now it’s the middle of June  .. I am leaving for the Florida Keys tomorrow for 7 blissful days of salty hair, tan skin and strong drinks. While I was prepping for my trip, I thought to myself today is a stache day. 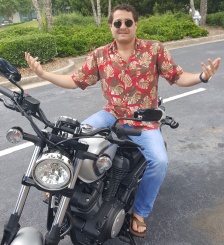 I guess the point and the answer to my own question is this: it doesn’t matter if something is in “style” or not ..

If YOU like it, YOU should rock it & who gives 2 sh*ts what anybody thinks or says? Not I.

Welp, I think that’s all for now.

This Stache Swaggin Stud is signing off.